I will be gone for a while to take care of some family business, but I will return, that’s for sure. 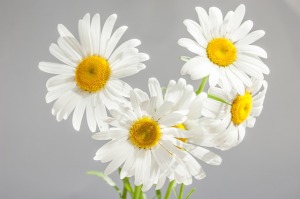 David, a 36-year-old man heard a noise from the old box of clothes he intended to throw away, and he turn his head somewhat.

A pair of jeans was hanging on the side of the box, its old faded out blue and torn, has seen its days. One end dangling toward the floor and the other end motionless in the box, as if waiting for a chance to devour him. David wore those same clothes for 15 years. He was a construction worker and now he has no use for them. He is an engineer and making more money than he ever dreamed.

David thought about leaving the clothes in the attic as a reminder of how far he’s come. But, there is a good chance that rats would discover it and make themselves a home. That is the last thing David wants is an attic full of rats. His nephew used the box of old clothes for hoop shots and just about tore the box up. David could see the box out of the corner of his eye, just staring.

This is the day David planned to do some things around the house, so he continued to clean the kitchen cabinets and wash the refrigerator out. When he went to check the clothes dryer, he glance toward the box and the pair of old worn out jeans was completely on the floor. David tripped over his own feet. “Had those pants been lying there on the floor all the time?” David thought to himself. He did not know for he was so into getting his chores done.

David went back to what he was doing, after ten minutes he looked across the room with a puckered brow, the old jeans creeped into the doorway of the kitchen. David did not pay it any mind. He kept cleaning the kitchen. The jeans moved to David’s feet. He hopped on top of the counter. “This is creepy,” David thought to himself. He jumped down off the counter hopped over the dreadful jeans and headed down the hall. He could not breathe, and he tried to scream but nothing came out.

Suddenly, the ghastly jeans attack David. It took him around the neck and squeezed the life out of him. David did not know what hit him, and he lay there still, quiet, subdued. The jeans slowly unwound itself from David and walked across the floor in a dashing motion until it reach the comfortable chair David favored. The jeans delightfully curled up in the chair.

“Nobody is gonna throw me away after 15 years of hard labor, I mean nobody, better think again,” he thought to himself. The old jeans fell into a deep sleep.

“For there is no friend like a sister in calm or stormy weather; To cheer one on the tedious way, to fetch one if one goes astray, to lift one if one totters down to strengthen whilst one stand.” 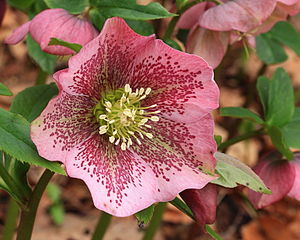 A young man in his late twenties desperately wants something that belongs to his best friend. He feels that if he had this one thing, his life would be better. Without it, his life is miserable.

David Collins a professional basketball player is not happy in his life. He and Roger has been best friends since high school. They did everything together from going out drinking too much, to double dating. Now David wants something that belongs to Roger, and he is planning a way to get it for himself. In high school, David had many girlfriends, and now it seems he cannot hold on to anyone.

Roger work as a mechanic, and he is a friendly, generous person; he would just about do anything for his family and friends. He has dark hair, striking sapphire eyes and a flirty smile. He is 6 feet 2 inches tall and has a slight limp when he walks. Almita, his long time girlfriend is very hard working and loyal; they plan to be married in the fall. She has long auburn hair with brown eyes. Her smile is inviting and she is average height and weight.

Because David makes so much money-playing ball, he thinks he could get anything and anyone he wants. He is secretly in love with Almita, he has been every since high school, now he wants to meet with her so he could tell her how he feels. However, Almita has refused meeting him and David explains he will not give up until she hears him out.

David got in touch with Almita again. Now she is pondering whether to let Roger know what David has said to her, she decided to meet with David once and for all so he will know that she loves Roger, and nothing can change that. She met David in the park.

“Hi David, how long have you been here in Albany?” asked Almita.

“Since yesterday, how are you?” David asks.

“We are good, why do you want to talk to me?” Almita asked curiously.

“I miss you and Roger but mostly you,” David said nervously.

“Look Almita, I am not going to beat around the bush, you know I have always loved you.

“Well David, you know I always loved Roger so this will be a waste of time, I want betray Roger, not under any circumstances.” Almita said.

David was so blown over by Almita’s respond he knew she was serious. Then they went their separate ways. He was hurt and he realize you just cannot show up in someone’s life expecting to get what you want because you want it. In addition, he betrayed his friend and did not give him a second thought. The only way David will be happy is to find his own way in life, not by stealing someone else’s girl.

Almita is feeling guilty that she did not tell Roger about this until after the fact. He was very upset with her and David. He stormed out of the house with the door slamming behind him. He has not returned in the last forty-eight hours.

THE BEST OF POETRY

Women Who Think Too Much by Jeanne Marie
Eric E Photo

Poetry With A Touch Of Panache

I write because I must

If you'd like to travel with me, google "Travel Spirit Meetup"

Navigating the nonsense. Spotlighting the profound.

(Somewhat) Daily News from the World of Literary Nonfiction

In Flow with Otto

Creativity is within us all

Art and the philosophy of life

I am a lover of perseverance. I am folklore. I am consistency and contradiction.